Ride Like A King With King Car and Limo

Car Service near me Jamesport, NY

What is a car service?

The decision to engage a professional car service for chauffeured transportation is one that should not be treated lightly, particularly when it comes to the safety of you and your family and friends or employees. You want them to have a nice experience and to reach their destination safely, pleasantly, and with five-star service. 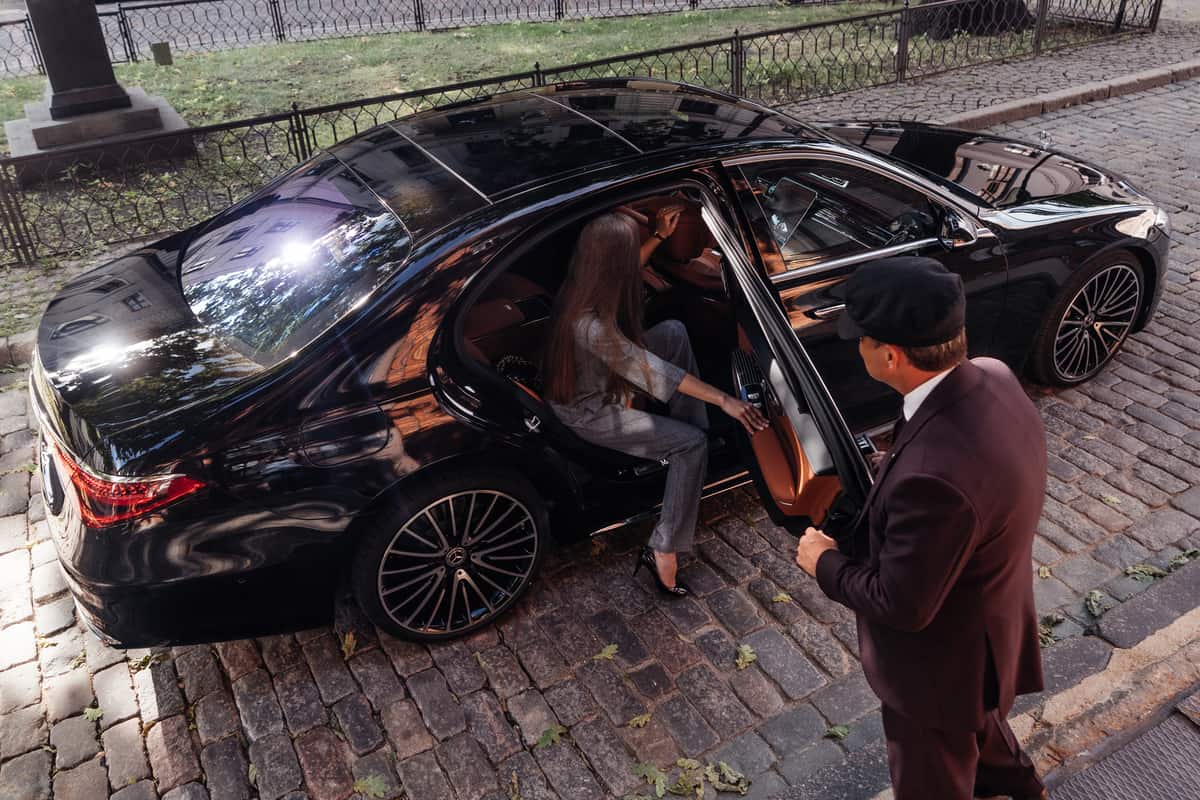 When you call upon us at King Car and Limo, we guarantee that everyone who rides with us is focused on the goal of their trip rather than the logistics. Furthermore, while traveling with a professional car service like us, the risks of travel delays or cancellations are reduced – you can rest certain that every rider will arrive at the airport, location, or event on time.

There is a good reason why so many people in Jamesport, NY, and the greater Suffolk County call upon us time and time again. When it comes to premier car service near me, there is none better than King Car and Limo.

Sadly, some car service companies in Suffolk County lack the professionalism that business travelers need. Some businesses give unreliable service, fail to listen to your specific demands, and ultimately fail to deliver satisfactory automobile service. It’s critical to know what to look for in a business before signing a contract with them in order to prevent a corporate car service catastrophe.

You will know you are in good hands the moment you slide into the back of a car owned by us at King Car and Limo. No matter where you are traveling in Jamesport, NY or Suffolk County, you will be relaxed and enjoying the ride.

Why use a car service?

We are safe: When you call a Lyft or Uber, you have no information about the vehicle’s quality or the driver’s reliability. You might be almost to your destination when the automobile breaks down due to lack of maintenance.

Anybody really might be the driver. Vulgar drivers, disrespectful drivers, and even aggressive drivers have been reported. With a car service like the one from King Car and Limo, you receive a vehicle that is maintained on a regular basis and a driver who has passed a background check.

If anything goes wrong and your automobile breaks down, a car service can immediately provide you a replacement.

We are clean: The issue with somebody who picks up passengers in their own vehicle is that you never know how clean it will be. Because he picked up the kids from school an hour ago, it may have had car seats in it, and now you’re sitting on five-year-old French fries. On the chairs, there might be garbage, dog hair, and who knows what else.

The inside of the automobile is cleaned on a regular basis using a car service near me. Because the automobiles are not utilized for personal purposes, they are solely used to pick up and drop off clients. This ensures that the automobile is pristine and spotless both inside and out. All over Jamesport, NY, riders have come to rely on King Car and Limo.

We are reliable: Do you have any idea what time you’ll be arriving at the airport? Is there a deadline for your kid to arrive at a summer camp location? You may schedule a vehicle service from King Car and Limo and it will wait for you till you arrive. No matter when you need a ride, day or night, we are ready to get you there.

You have really no clue where they are if you use a ride-sharing service. As he makes his way to the airport, you might be waiting for up to 15 minutes. But when you call upon a professional car service company like King Car and Limo, you know you are being driven by an expert who passed the proper background checks and will keep you safe – and on time.

We charge ahead of the ride: A rideshare driver is compensated depending on how far you travel, much like a taxi driver. If the driver is unfamiliar with the region or wants to get a higher price, he will take a roundabout route in order to take longer.

When you use a car service, you know precisely how much you’ll spend up front. The motorist has no motive to choose anything other than the most direct path.

When you need a car service near me, you simply have to contact us at King Car and Limo. Why? Because we are head and shoulders better than a typical ride share experience.

Some information about Jamesport, NY

Jamesport is a census-designated place (CDP) and hamlet in the Town of Riverhead in Suffolk County, New York, United States. The CDP’s population was 1,710 at the 2010 census.

The hamlet now called Jamesport was first settled in the 1690s and originally was called Aquebogue. It became Lower Aquebogue when another hamlet was established to the west called Upper Aquebogue. The Jamesport Meeting House, built in 1731, is the oldest operating church building in Suffolk County.

James Tuthill’s attempt to establish a commercial whaling and shipping wharf on the Peconic Bay in what is now South Jamesport was a failure. The depth of water at low tide was too shallow to accommodate ships. However, soon after this the Long Island Rail Road established service to Jamesport from New York City, and Jamesport became a popular resort and fishing community with several large bayfront hotels, including the Miamogue Hotel and the Great Peconic Bay House which operated until 1952. Jamesport was a center for the scallop and bunker (menhaden) fisheries. From the 1830s to about 1950 Jamesport was the site of a Camp Meeting Grove operated by the Methodist Episcopal Church and, after 1904, an Epworth League Fresh Air Camp.